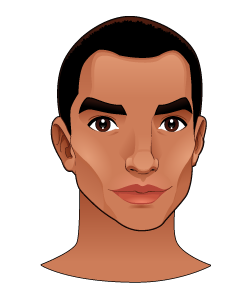 After we set up our new place, I was surprised to see just how many boxes we had. We had a lot more stuff than we needed, and I had to do something to create a more organized area. I began looking for solutions, and I found a storage facility that was just down the street from us. I talked with them about the sizes they had available, and I booked a unit that I thought would work. After using the storage facility, our new place was cleaner and much more organized. I wanted to start a website all about moving and storage, since you never know what kinds of problems you will face in a new place.

Whatever the reason for moving your office, reloca …

Moving your business to a new city can be an excel …

Stuff You Should Get Rid of When Moving
21 October 2019

A piece of common advice for those who want to rel …

Moving house can have a huge environmental impact …

A piece of common advice for those who want to relocate is to carry only the necessary stuff and get rid of the rest. You can sell, donate, or discard the items you don't have to carry. That way, you reduce the weight of your load, and with it, the cost of the move. Below are a few categories of items that you can safely get rid of when moving.

It's also a good idea to get rid of duplicate items, especially if you can't use all of them at the same time. For example, many people don't need three toasters, four desktop computers, or multiple dining sets. In many cases of duplicate items, one or more of the items will just be languishing in storage, so you shouldn't bother transporting them.

You should also use the moving opportunity to get rid of gifts that you don't need. People tend to be sensitive about gifts, so you are likely to end up with things you don't need simply because you never wanted to hurt the givers' feelings. However, this doesn't mean that you have to keep the gifts forever, especially if they are things you don't plan to use ever. For example, there is no need to keep your surfboard if water sports aren't your thing, and you don't plan to change.

Many people also have things that were once useful, but whose usefulness has now been surpassed by their newer versions. Old magazine subscriptions, CRT televisions that you no longer use, or expired cans of food that you won't eat. Get rid of such items so that they don't take up valuable space in the moving truck.

Lastly, it may also be useful to get rid of items that you have outgrown even if they are still functional. For example, the bike you used to ride as a child, your childhood toys, and items from a past hobby are classic examples.

If you're ready to move to your new place, contact movers in your area.